PolarPro, a leader in the drone filter and accessory market,  has announced a full, new line of Phantom 4 filters and accessories, to be released immediately following the availability of the DJI Phantom 4.

“The new accessory line is based off of our successful offering of Phantom 3 filters and accessories, with upgraded designs that will compliment the new features of the DJI Phantom 4 drone,” says PolarPro’s founder and CEO, Jeff Overall. 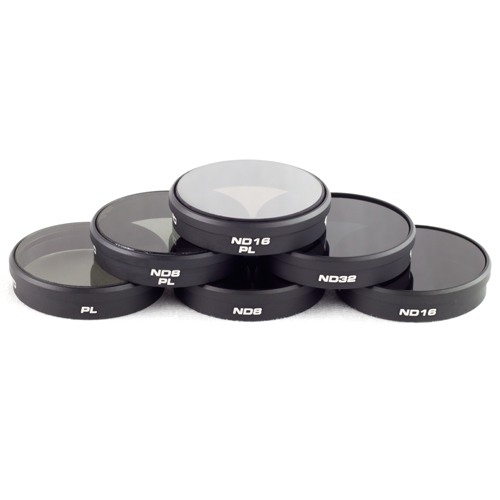 PolarPro’s drone-inspired, Phantom 4  filters are ultralight, requiring no counter-balance for gimbal compatibility, and allow the user control over the aperture and shutter speed of the Phantom 4 camera in just about any light condition. The Phantom 4 3-Pack includes PolarPro’s CP filter, ND4 filter and ND8 filter.

The CP  filter increases the color saturation of your DJI Phantom 4 pictures and video, by reducing the amount of glare captured by the Phantom 4 camera, especially while flying over bodies of water or snow.  The CP filter increases contrast on clouds and skies, while decreasing contrast on highly reflective subjects, making your aerial footage look dynamically realistic.  This filter reduces direct reflections, making it easier to capture content with a broad dynamic range, such as a bright, clear sky against a relatively unreflective landscape.  PolarPro’s CP filter is an essential, versatile filter that all Phantom 4 pilots should own.

PolarPro’s  ND4 Phantom 4 filter is a 2-stop neutral density filter.  This filter is designed to be used when the camera is shooting natively at 1/200th-1/250th.  The ND4 filter is commonly used at  dawn or at dusk, to capture vibrant and colorful sunrises and sunsets. 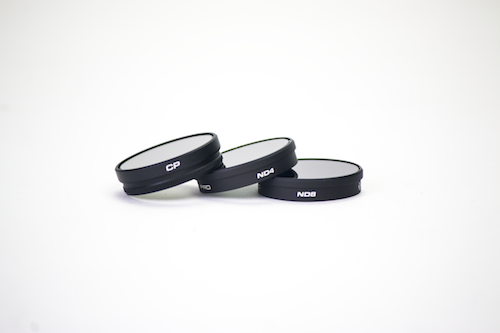 “At PolarPro, we often use the ND8 filter on those semi-overcast, hazy Southern California days where the marine layer continues to burn off well into the afternoon,” says PolarPro Video Producer and Editor, Matthew Fairfax.  The ND8 Filter will also reduce most jello-effect, caused by the high vibrations of the Phantom 4 motors.   PolarPro’s DJI Phantom 4 Filter 3-Pack offers affordable, easy to use, lightweight and versatile polarization and neutral density filters, making this filter set an essential for every DJI Phantom 4 pilot.

For the more serious pilot looking to expand their options, PolarPro’s Phantom 4 Professional Filter 6-Pack includes the CP filter and ND8 filter found in the 3-Pack, as well as a ND16 filter and ND32 filter.  The 4-stop, ND16 filter is designed for use on brighter days.  Knocking the shutter down by 4 f-stops to achieve a shutter speed of 1/50th-1/120th, giving your videos a smooth cinematic look.

Knocking down the Phantom 4’s shutter speed by 5 f-stops, the ND32 Filter is designed to be used  on extremely bright days. PolarPro’s 2nd darkest neutral density filter, the ND32 should only be used when there is enough available light to reduce (native shutter at 1/1000th +). Utilize the ND32 Filter while shooting in the desert or over snow on very bright days.

PolarPro’s  Phantom 4 Professional 6-Pack also includes two specialty, neutral density-polarizer combination filters, the ND8/PL and ND16/PL.  The ND8/PL is a versatile filter, which reduces the camera’s shutter speed by 3 f-stops while also providing polarization. Perfect for conditions that are too bright for the CP filter, the ND8/PL allows the pilot to reduce the Phantom 4’s shutter speed by 3 f-stops, while capturing beautifully saturated colors.

The ND16/PL provides 4 f-stops of shutter speed reduction, while also providing polarization. Darker than the ND8/PL, the ND16/PL is a go-to filter for sunny days, capturing saturated colors and improving contrast.  For the more serious pilot looking to expand their options, PolarPro’s Phantom 4 Professional 6-Pack offers a palate of  specialty, production-grade filters to capture epic content in nearly any light condition.

PolarPro also offers a Gradient Filter 3-Pack, for the pilot who wants to capture epic sunsets and sunrises, or simply wants to experiment with color. This pack includes a 3-stop, Gradient ND8 neutral density filter, Orange ND filter, and Blue ND filter. PolarPro’s Gradient ND8 filter reduces the Phantom 4 camera’s shutter speed by 1.8 f-stops.  This filter is dark at the top, and gradually lightens towards the bottom,  helping to balance the exposure of the sky and ground, resulting in a more photo-realistic image. The gradient pattern is especially useful when trying to capture a beautiful bright sky, without underexposing the ground.  PolarPro’s Gradient Orange filter slows the Phantom 4 camera’s shutter speed down by 1.8 f stops, while providing a gradient orange color filter, designed to subtly add warmth to the sky, while keeping the ground its natural color.  PolarPro’s Blue filter also slows the Phantom 4 camera’s shutter speed by 3 f-stops, and adds a blue gradient color filter, designed for cooling down the sky while maintaining zero color change of the ground.

PolarPro’s Phantom 4 LED Light Kit includes two white LED headlights, and two red LED tail lights.  Each light snaps on in just seconds to the vertical sections of the Phantom 4 landing bars, so that you always know which way your Phantom 4 is facing. Perfect for flying your Phantom 4 at night, or in low-visibility conditions–these bright, color coded headlights and tail lights will save you from those costly maneuvers a pilot makes when trying to fly blind in disorienting conditions.   “These lights have saved me many times at night and in low-visibility situations, where I otherwise would have lost sight and control of my drone,” says PolarPro pilot Scotty Pike. 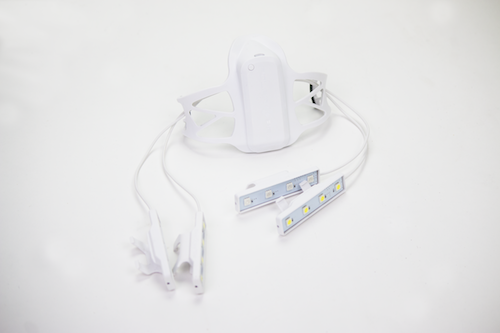 The quick and easy snap on/off design of these lights is ideal for filming on set or on the road, where time (and space) is of the essence, and often tight.  At only 2.5 ounces, the PolarPro LED Light Kit will not affect the performance of your Phantom 4, nor will it weigh down your camera bag.

The four LED light strips are powered by a rechargeable, lithium ion battery, that is stored in the contoured battery harness, which clips on top of the Phantom 4. The design of the battery harness is contoured to follow the shape of the Phantom 4 body, so that it blends in during flight and doesn’t become a distraction for the pilot, and is aesthetically pleasing.  With such attention to detail, PolarPro’s Phantom 4 LED Light Kit hardly looks like just another third-party drone accessory.  It is extensive research, product testing and a commitment to quality that make  PolarPro’s Phantom 4 LED Light Kit a step above the rest.

These lights feature a constant or flashing operational mode, at the flip of a switch.  In constant mode, the lights will hold a charge for 1.75 hours.  In flashing mode, the lights will hold a charge for 40 minutes.   As one of the key features of the Phantom 4 LED Light Kit, PolarPro’s  external-battery source  prevents you from draining your Phantom 4’s battery, and quickly recharges using the provided micro usb to usb cable.  Whether increasing  the visibility of your Phantom 4, or creating a cool, customized look, PolarPro’s Phantom 4 LED Light Kit is the perfect Phantom 4 drone accessory.

In addition to the Lens Cover/Gimbal Lock,  PolarPro’s Gimbal Guard for the Phantom 4 is engineered to help protect the gimbal and camera during rough landings. The Gimbal Guard quickly snaps into place below the Phantom 4 camera and gimbal, providing ample protection while landing on uneven terrain, or during inevitable crash landings. 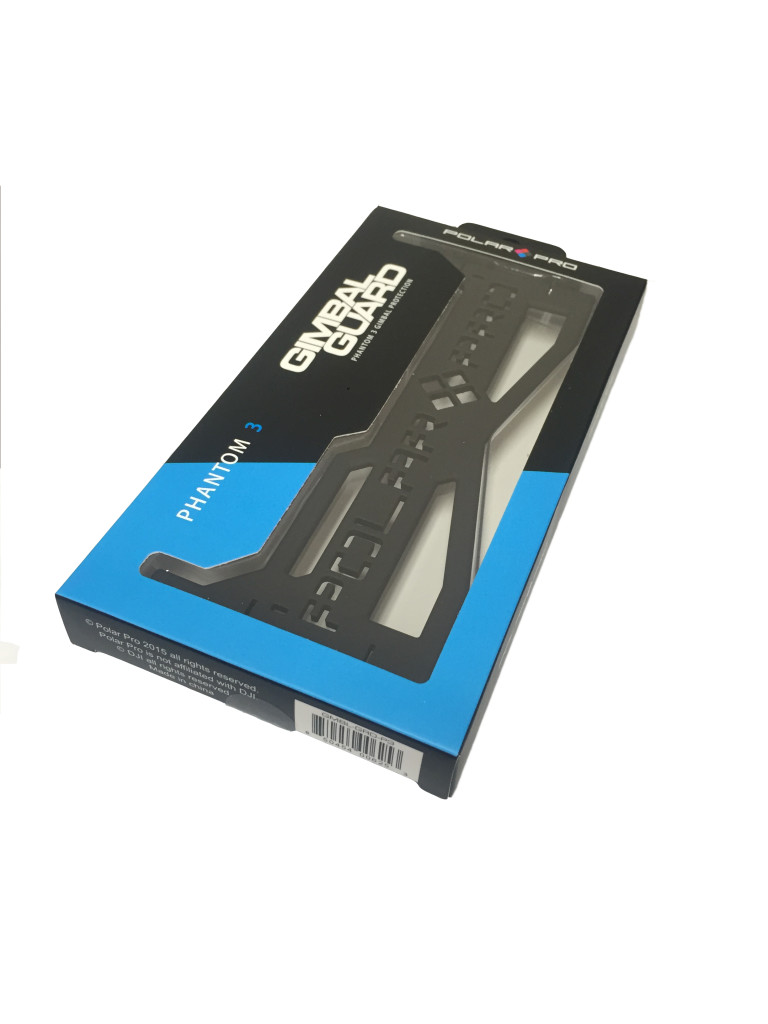 Lightweight and streamlined to compliment the Phantom 4, PolarPro’s Gimbal Guard stays out of your shots, even when the camera is pointed straight down. The Gimbal Guard will not interfere with the positioning sensors (VPS) of your Phantom 4. The PolarPro Gimbal Guard is an easy way to add an additional layer of protection to your expensive Phantom 4 camera and gimbal.  It also adds style, making your drone stick out from the rest. 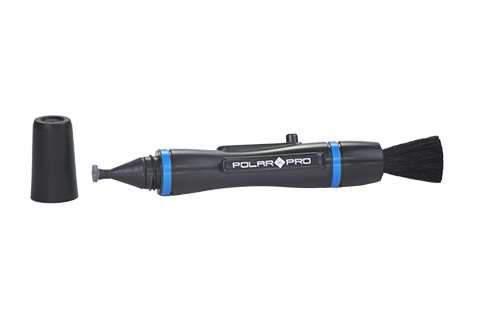 The added clearance between the ground and the Phantom 4’s camera and gimbal helps prevent damage during uneven takeoffs or landings. The wider stance also makes the drone less susceptible to tipping over during rough landings or takeoffs. Take your Phantom 4 further with PolarPro’s Phantom 4 Landing Gear.

From filters to accessories, PolarPro’s new Phantom 4 line has every pilot covered.