How to Capture steady shots with your GoPro Fusion

From the reviews so far about GoPro’s new Fusion 360° camera,  you’ve probably gathered that it’s a camera sold more on the premise of the enhanced functionality GoPro promises in future firmware updates than the camera’s current performance.  But one great feature available now is that the GoPro Fusion is capable of gimbal-like stabilization.  This is good news, as there are already a handful of great stabilization mounts and accessories to help with the GoPro filming process.

Unlike GoPro’s Fusion Grip, PolarPro’s Trippler features a GoPro compatible mount that attaches to an adjustable ball joint head.  Using the ball joint head, you can adjust the GoPro Fusion on top of the Trippler a full 360 degrees around.  The ball joint also tilts the camera 90 degrees up or down.  This feature gives you the freedom to shoot at different angles.  The fixed GoPro Fusion mount on the  grip and other “selfie sticks,” can’t achieve this.  Both a standing tripod and an extension pole system, the PolarPro Trippler allows you to execute a creative shot list using multiple perspectives.

Like all GoPro models before it, GoPro built the Fusion to be easy to use.  PolarPro’s Trippler makes it even easier to get steady 360° shots on the fly.  Using the GoPro Fusion’s Tiny Planet perspective in OverCapture mode, you can get a truly stable shot using the Trippler as a tripod.  On uneven terrain like a hillside, adjust the height of each tripod leg to level out the frame.

Or, use the Trippler as an extension pole to get an over the head vantage point.  A bird’s eye view of the action adds perspective depth that rounds out your project.  And at almost any angle that you hold the Trippler, the GoPro Fusion has the ability to make the compact shaft of the Trippler disappear from view.  This feature makes the Fusion appear as if it is floating above you. 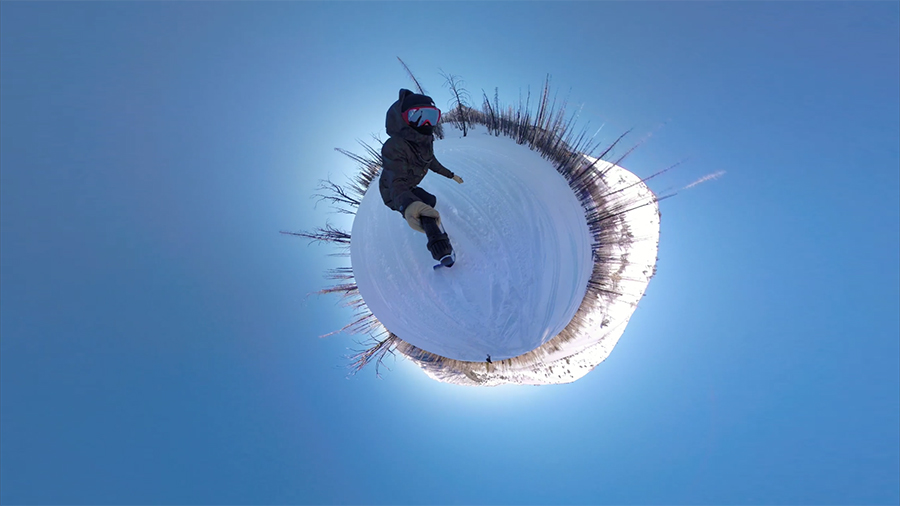 Perhaps the best thing about the PolarPro Trippler, aside from its smart features, is that it’s backed by PolarPro’s Limited Lifetime Warranty.  Whether you’re using the GoPro Fusion to jump out of aeroplanes, ski the backcountry, or dive into the sea, the PolarPro Trippler is the perfect tool for capturing smooth, consistent content.*  Guaranteed for a lifetime of adventure, the Trippler is made to go anywhere an action cam can.

*Please note the Fusion is only waterproof down to 16 ft/5 m.