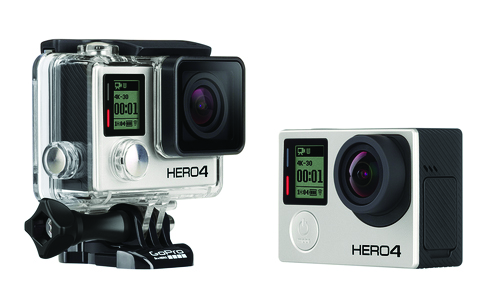 Polarpro is excited to announce its new line of GoPro Accessories compatible with the GoPro Hero4 camera. The GoPro Hero4 camera is the most versatile, most powerful, and coolest camera to date. Packed with its insane video resolutions you are sure to capture your adventures in the highest definition possible, and we have a line of accessories made just for it.

The Recent launch of the Proview-GoPro cell phone mount will make filming with the Hero4 and using the GoPro App easier than ever. The case securely attaches your GoPro to your phone allowing you to use the app and hold your GoPro with one hand.

The Powerpole is the ultimate GoPro extension pole for the Hero4 Camera. Packed with 5400 mAh of power it will extend your Hero4 battery life by up to 8 hours. The pole is extremely strong and will withstand any adventure you take it on.

PolarPro is excited to launch its 4th generation of filters made specifically for GoPro Hero4 cameras. The Line up will include a red filter, magenta filter, polarizer filter, macro lens, neutral density, and an all new switchblade2.0.

PolarPro is extremely excited for the newest addition to the GoPro line, and pledges to continue coming up with GoPro Accessories to make the filming process easier and more enjoyable.